Six reasons for PSCs to be proactive to respond to the IR35 private sector changes and not wait until April 2020 to do so!

Since April 2000, the Intermediaries legislation has made the individual contractor trading through his/her own Personal Service Company (PSC) the IR35 decision-maker.

It has been the contractor’s responsibility to determine whether an engagement falls ‘outside IR35’ (typically the individual is remunerated with low salary and dividends) or it falls ‘inside IR35’ (apart from a 5% allowable deduction from the PSC’s income for general expenses incurred in the running your business, the rest is taxed as if it were PAYE).

However, HMRC has identified that there is a compliance problem – they believe that only 10% of all contractors who should be treating their engagements as ‘caught by IR35’ are actually doing so.

HMRC believes that number should be closer to a third of all engagements, which might be a conservative estimate. This prompted the Government in April 2017 to act in an attempt to put its own house in order and transfer the IR35 decision-making responsibility from the PSC to the public sector body engager.

Obviously, this indicated that the private sector would be next; since the Autumn Budget Statement on October 29th, we now know when.

The entire market will have breathed a collective sigh of relief that the implementation of the new rules for IR35 in the private sector were delayed until April 2020. Yet it merely provided a 12-month reprieve and planning for the future for all the players – and especially limited company contractors – needs to start now if it hasn’t already been addressed. 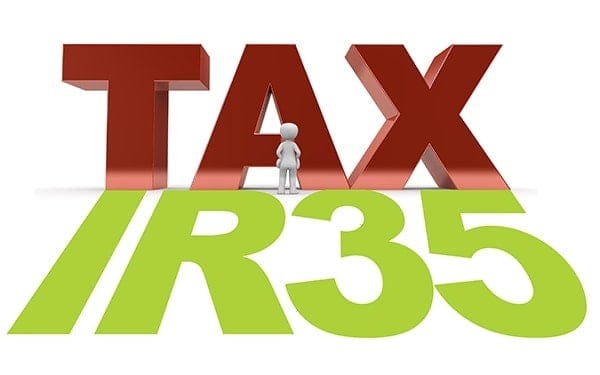 On the face of it, from April 2020, the change will remove the responsibility for IR35 status decision-making from PSCs engaged by medium and large businesses.

This will make contractors vulnerable to processes created by others above them in the chain, the organisations with different priorities to the PSC, particularly as the tax liability for an incorrect decision will rest with the fee-payer (the organisation paying the PSC).

In many instances it won’t be the end-clients, but the agencies which will fulfil the role of the fee-payer.

We know that agencies are planning for 2020 and are looking for solutions which offer insurance-backed consultancy. This is to get all processes correct and to ensure PSCs are protected against HMRC investigations and even the tax liability of being the fee-payer.

Even though PSCs may find that in the future decisions will be taken above them and that realistically the agency more so than the end-client holds the key to making the correct IR35 decision, PSCs still need to look after their own interests.

The action that PSCs should be taking is to have their current engagements reviewed for five very good reasons:

1. In the short term nothing changes for PSC contractors – you are still the decision-maker and the entity which will suffer the tax liability. If you get it wrong, HMRC won’t just want to tax you; they will want interest and will want to know how you reached that decision. If you can’t show due diligence, then expect a penalty of at least 15% of the tax at stake.

2. And that responsibility will even continue after April 2020 if your PSC is engaged by one of the UK’s smallest 1.5million businesses as defined by the 2006 Companies Act*.

3. HMRC have suggested that they are keen that decisions made are forward looking and they will not immediately assume that an engagement which is caught after April 2020 was caught before. But they haven’t categorically ruled out that they won’t look back in time. So surely it makes sense to know where you stand now.

4. When the decision-making process changes for medium and large sized businesses, agencies and end clients and will want hard evidence – not emotional pleas – to be convinced that an engagement is ‘not caught’ by IR35. Well-reasoned evidence with a clear conclusion; a documented argument to convince the agency and the end-client to agree the ‘not caught’ opinion.

5. If HMRC challenge the decision, it is much harder for them to win their argument if all parties have agreed the status decision, based on a clear, independent assessment.

Caunce O’Hara & Co Ltd would also like to help PSCs and provide a sixth reason:

6. Finally, we are offering PSCs the benefit of a fully comprehensive contract review. You will receive a full report which considers both the contractual terms and the working practices based on case law, and which will provide a clear unbiased and independent opinion – an opinion which could save you thousands of pounds if HMRC do start an enquiry. 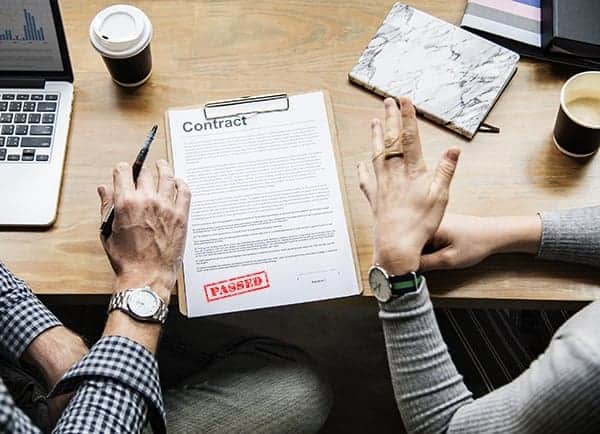 PSCs will continue to have an important role to play after April 2020, but to do so you need to fully appreciate your tax position. Now.

For further information and a no obligation quotation please call our friendly award-winning team on 0333 321 1403 today.

*The Companies Act 2006 defines a small business as one which can satisfy two of the following during the year:

You can build your own bespoke quotation here today

You can find out more about off-payroll working through an intermediary on the HMRC website.