Fee payers: Your IR35 responsibilities and your liability 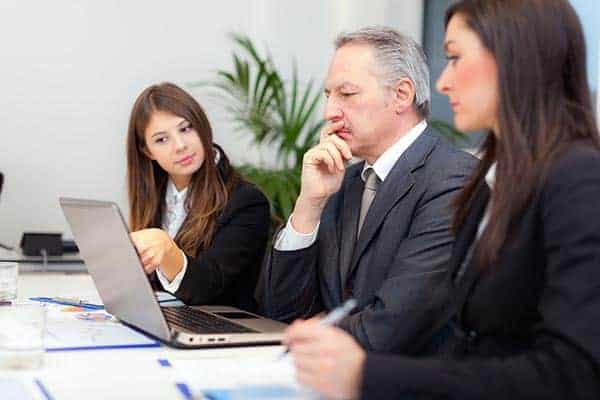 If the off-payroll working rules apply, the fee payer is usually responsible for:

HMRC outline who is categorised as a fee payer in their guidance at: https://www.gov.uk/guidance/fee-payer-responsibilities-under-the-off-payroll-working-rules

“To be a fee-payer, you must be the lowest party in the labour supply chain. This is usually the party paying the worker’s intermediary.”

The concept is relatively straightforward, however it comes with a significant burden for a fee payer agency. If the decision taken by the end client is outside IR35, allowing the PSC to be paid gross, but HMRC subsequently successfully challenge that decision and determine that tax and NICs should have been deducted, then if the end client can demonstrate that it has taken reasonable care in arriving at its decision, HMRC will seek the tax liability from that fee payer agency.

Not surprisingly, recruitment agencies have a vested interest in understanding how IR35 decisions are being made, but above all, ensuring that they are not left paying this unplanned liability.

There are insurance-backed IR35 solutions which can give agencies peace of mind; if you would like to know more, please contact 0333 321 1403

When the off payroll working rules were introduced into the public sector in April 2017, it quickly became clear to…

As a private sector contractor operating through a Personal Service Company (PSC), you can’t afford to wait until April 2021…

IR35 v self-employment Just to clarify a key point before we begin, a contractor does not have to be engaged…

After being delayed for a year due to the Coronavirus pandemic, the new private sector off-payroll working legislation (IR35) will…

How to protect against an IR35 tax investigation

When the off payroll working rules were introduced into the public sector in April 2017, it quickly became clear to…

As a private sector contractor operating through a Personal Service Company (PSC), you can’t afford to wait until April 2021…

IR35 v self-employment Just to clarify a key point before we begin, a contractor does not have to be engaged…

After being delayed for a year due to the Coronavirus pandemic, the new private sector off-payroll working legislation (IR35) will…

How to protect against an IR35 tax investigation

What is IR35 and who does it apply to?

A useful starting point is to explore the background to the off-payroll working legislation (IR35), because the changes that came…

Can contractors working on contracts inside IR35 still work through a limited company?

The off payroll working rules, known as IR35, will finally be rolled-out into the private sector on April 6th, 2021….

Why end-client businesses should make their IR35 decisions now

Fee payers: Your IR35 responsibilities and your liability

What to expect from a HMRC IR35 investigation

Frequently asked questions about the IR35 in 2021

We have collated some of the most common questions asked about the IR35 changes, relevant to each area of the…

IR35 Where are we now and what does the future hold?

After the government’s postponement of the IR35 changes, the off-payroll legislation in the private sector reforms are now imminent. The…

Who pays the Piper? The Relevant Person and IR35 Debt Transfers

6 Questions you need to ask yourself about IR35

The fundamentals of IR35 are NOT changing: understanding the key status indicators – personal service, control, and mutuality of obligations – is…

Since Steve Barclay, the Chief Secretary to the Treasury announced a 12-month delay to the IR35 private sector reform in…

Retain your control as a contractor to keep IR35 at bay

Why do I need an IR35 contract review?

How does HMRC define a PSC?

What is IR35 and how does it work?

IR35 – or the Intermediaries Legislation – was introduced by HMRC in 2000, and was aimed at individuals who were…

What is a contract review and do I need one?

The Government has reaffirmed plans to make changes to off-payroll working (IR35) rules effective from April 2021. The main principles…

What is inside and outside IR35

Will contractors still need insurance for IR35 after April 6th?

Amendment: On March the 18th 2020, the Government announced that the roll-out of private sector IR35 reform would be postponed…

What is IR35 and how will it affect you as a freelance contractor?

For many freelancers, IR35 sounds like another jargon term that has no relevance to them and there is a concerning…

The Right of Substitution

Mutuality of Obligation refers to the obligation of the employer to provide work and pay for it. This is combined…

Retain your control as a contractor to keep IR35 at bay

The importance of an IR35 Contract Review for private sector contractors

What is IR35 and how does it affect you?

Whether you’re new to contracting or an old-hand, the issue of IR35 is never far away.  IR35 status affects your…

PSCs inside IR35 – Keep Calm and carry out some research

Next article Inside and outside IR35

Fill in the fields below to calculate your potential tax liability and how this differs between inside and outside IR35.

Populate all fields below and hit calculate.

Caunce O’Hara’s partnership with Markel enables us to offer a broad range of IR35-based products to protect contractors, fee-payers and end clients across the UK.
For Contractors

Peace of mind that your legal expenses are covered

From
£ 75.00 (including IPT)
Find out more
For Contractors

Don’t leave it to chance, find out your IR35 status today with an in-depth contract review.

Survive35 TaxSafe tax losses insurance can offer you the added protection that win or lose an investigation with HMRC, you won’t have a tax bill to pay.

Click to build a personalised quote online in minutes.

Helping fee-payers and agencies to manage their responsibilities for IR35 off-payroll working
legislation and taxation.

Helping contractors navigate the maze of IR35 legislation and taxation.

If you have purchased an IR35 product and would like to speak to an IR35 expert, please call our friendly award-winning team on 0333 321 1403

Welcome to the IR35 Hub, you can return to the main Caunce O'Hara website at any time by clicking on the logo in the header.
Ok
This site uses cookies and other similar technologies to assist with navigation. For more detailed information see our Cookies Policy page.Ok