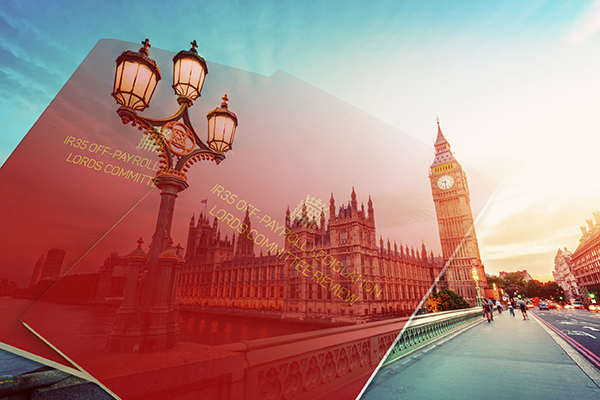 IR35 off-payroll reform was due to be rolled-out to the private sector on April 6th of this year, but due to the Coronavirus outbreak was postponed by 12 months.

According to a House of Lords Committee looking into the impact of off-payroll reforms, the IR35 rules are ‘riddled with problems, unfairness, and unintended consequences’ (Lord Forsyth of Drumlean, Chair of the House of Lords Economic Affairs Finance Bill Sub-Committee, April 2020).

The committee welcomed the postponement but expressed its concern over ‘the potential impact of the rules on the wider labour market, particularly the gig economy.’

The committee urged the government to use the extra time created by the postponement to rethink its legislation.

Since the fourth quarter of 2019, contractors have gradually been laid off by many industry sectors, which is a trend that has continued despite the reform’s delay.

During the committee’s review, many witnesses told of how they had been made “zero rights employees” with none of the rights that an employee benefits from, or the tax advantages of being self-employed, thus placing them in a virtual no-man’s land.

As a result of the review, the committee has called on the government to keep its promise on implementing the recommendations of the Taylor Review, ‘that the taxation of labour should be made more consistent across different forms of employment, and that there should be a fair balance between, rights and risk.’ (Parliament UK, 2020)

Contractors have been concerned over the IR35 reforms for a long time. Their worries, of having to pay more employment taxes while their clients list is shrinking and client fees are being reduced, are being compounded at a time when the UK economy as a whole is struggling.

A growing concern of contractors, which was also expressed by the committee, is the number of companies getting rid of contractors in anticipation of the implementation of the new rules. Many employers who have relied on specialist contractors are not renewing contracts, with some even imposing a ‘take it or leave it’ offer of full time employment instead, in an effort to minimise the admin burden and tax burden that will follow once private sector IR35 reform goes live.

The committee asked the government to think through the off-payroll reform carefully, and rounded off its review stating it would ‘call on the government to announce in six months’ time whether it will go ahead with reintroducing these proposals.’