Posted on 11th May 2020 by Martin Mann, Director of OMB at Markel 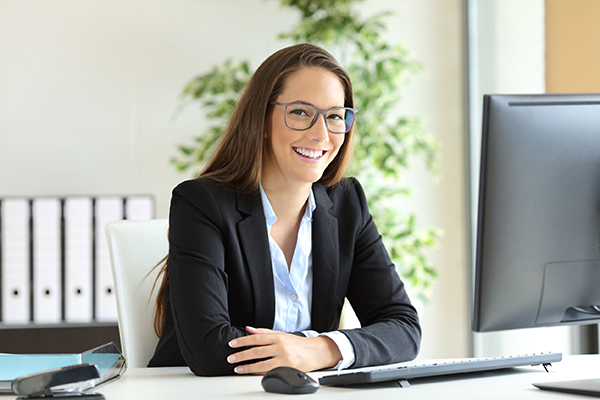 One of the headline changes in the Budget was that the individual lifetime allowance for entrepreneurs’ relief (ER) was to be reduced with immediate effect on 11 March from £10million to £1million and be rebranded to business asset disposal relief (BADR).

The draft legislation in the Finance Bill confirms that ER will not be completely abolished, with the Chancellor accepting the view of the Federation of Small Business (FSB) that “Scrapping ER would destroy the retirements of thousands of business owners over the coming years. The vast majority of those who claim ER do so on sums of less than £1m, with an average saving of around £15,000. For many entrepreneurs approaching retirement today, their business is their pension.”

Where ER claims on gains arising prior to Budget day have already been made in excess of the £1m lifetime allowance then these will not be disturbed, but obviously no further claims can be made.

Alongside the reduction in the lifetime limit, draft legislation was published on budget day introducing specific anti-forestalling measures aimed at blocking transactions that may have been undertaken prior to the budget to ‘lock in’ or bank some, if not all, of the previous £10m lifetime limit.  The Finance Bill includes additional provisions in relation to these rules which cover three types of transactions.

The exchange of an unconditional contract fixes the disposal date (s 28(1) TCGA 1992) but does not actually trigger the disposal itself until the contract is completed. Under s 28, entering into a contract before budget day but leaving it uncompleted until an onward disposal to a third party would allow the original disposal date to fall in a period where the lifetime ER limit was £10m. If caught by the anti-forestalling rules, the disposal date for ER purposes is the date the contact is completed (i.e. after budget day) and subject to the reduced £1m limit. The actual disposal date remains the same for the purposes of accounting for capital gains tax (CGT). This disapplication of s 28 applies to unconditional contracts entered into on or after 6 April 2019 where completion takes place on or after 11 March 2020, unless one of the following conditions is met:

The above claims are in addition to the normal ER/BADR claim.

Making an election under s 169Q on or after 11 March 2020 for a share reorganisation which took place before budget day could trigger a gain which, although will give rise to a ‘dry’ tax charge (a tax bill without any proceeds), would enable ER to be claimed based on the £10m lifetime limit.

Where the anti-forestalling provisions apply, that s 169Q election will be effective for ER/BADR purposes from the date it is made after budget day and not the actual pre-budget disposal date meaning that ER/BADR is limited to £1m. Again, the actual disposal date for CGT purposes is the original date of disposal.

The anti-forestalling rules apply to share re-organisations entered into on or after 6 April 2019 but before 11 March 2020 where the company was the individual’s personal company at 11 March 2020, and the individual was an employee or office holder of that company or a company within the group, at that date.

Exchange of securities and shares

Instances where there have been share exchanges in the lead up to the budget may be those which are largely caught by the anti-forestalling.

The anti-forestalling rules apply where shares have been exchanged for those in another company on or after 6 April 2019 but before 11 March 2020 and:

Where the anti-forestalling applies, if an election is made under s 169Q on or after 11 March 2020 then the share disposal is treated as taking place at the time of the election and not at the time of the share for share exchange, meaning that the reduced lifetime limit of £1m will apply.

These rules will clearly catch situations where, for example, a sale in late 2020 was contemplated and a holding company was inserted above a trading company before budget day with the aim of making an election under s 169Q, perhaps shortly before the sale, in order to trigger a disposal before budget day and maximise ER entitlement.

A view may have been taken at the time of the transaction that interposing a holding company was for tax avoidance reasons so that s 137 TCGA 1992 dis-applies the share for share provisions of s 135 TCGA 1992, triggering a capital gain without the need to make a s 169Q election. The proposed legislation states that s 137 cannot be applied after HMRC clearance has been obtained under s 135 and in any event such an argument runs the risk of the anti-avoidance, transactions in securities rules applying triggering an unexpected income tax charge.

Actual sales which occurred before budget day where the consideration included loan notes where an election under s 169Q is contemplated may also be caught but it depends on the facts and how the sale was structured.

Mr A held 90% of a trading company and on his retirement in December 2019 he sold his entire shareholding to the management team (by way of a new holding company structure) who held the remaining 10%. The consideration was cash of £1m and £500k of loan notes (non-QCBs) which can be redeemed in 12 months’ time. As ER/BADR will not apply on the redemption of the loan notes, the intention is to make an election under s 169Q TCGA 1992 to treat the loan note consideration as additional cash consideration taxable at the time of the original disposal.

Under these circumstances, Mr A will not be caught by the anti-forestalling rules. The company will be controlled by persons (management team) who now hold a greater percentage of shares than they did before but the company will no longer be Mr A’s personal company (he did not hold any shares nor was he employee or office holder as at 11 March 2020). The election under s 169Q will be deemed to trigger a disposal in December 2019 subject to the higher ER lifetime limit.

Using example, 1 let’s assume that Mr A also received 10% of the ordinary shares in the new acquiring company as well as the loan notes and remained an employee for 12 months.

In this case, although the control of the company passes to the management team, the persons who hold shares in the new company immediately after the exchange are substantially the same as those who held shares in the original company immediately before the exchange, albeit in different percentages.  As Mr A meets the personal company test and was an employee on 11 March 2020, the anti-forestalling rules will strictly apply. The election under s 169Q will be effective from the date it is made after budget day and subject to the £1m limit. As this has been used in full such an election will trigger a capital gain taxable at 20%.

These anti-forestalling provisions will be of widespread application and the onus will be on taxpayers to demonstrate, with unconditional contracts, that the timing of transactions was for commercial reasons and not to ‘lock in’ or ‘bank’ ER.
The anti-forestalling rules only relate to transactions undertaken on or after 6 April 2019 but before 11 March 2020. As the deadline for making elections under s 169Q is the anniversary of the 31 January following the tax year of disposal it would still be possible to make effective elections to maximise ER for disposals during the tax year ended 5 April 2019.