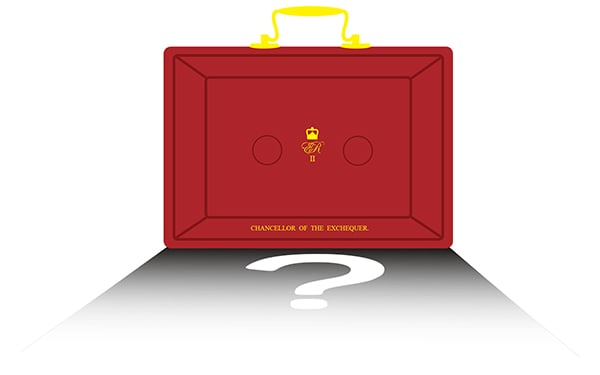 The first Budget of the new Conservative government is scheduled for 11th March 2020 and will be the first Budget as a non-EU state for almost half a century. Yet could the recent appointment of Rishi Sunak as Chancellor following Sajid Javid’s resignation force the party to delay the date? Indeed, the Transport Secretary Grant Shapps hinted as such on BBC news.

It is expected that the Budget will not make too many changes for 2020/21 with it being so close to the start of the new financial year on April 6th.

We look at what potential impact the Budget could have on you, your finances and your business.

The main personal finance pledge in the Tory’s election manifesto was a tax cut for more than 30 million workers in the form of an increase in the threshold for paying National Insurance.

The increased threshold will save all workers earning more than £25,000 around £100 a year.

Don’t expect any changes or delays to the rollout of IR35 to the private sector, this will be going through on April 6th. If you are an end-client who employs the services of contractors, you need to ensure you are fully prepared.

Read our recent article ‘What end-clients and employers should know about the April 2020 changes to IR35 in the private sector’ to find out more.

The proposed new measures would see both receiving 20% pension tax relief. So only higher-rate taxpayers would be affected. This would raise an estimated £10bn for the Exchequer.

There could also be an update on the proposed pensions dashboard, so people can track their retirement savings, in one place online. In 2016, the Treasury promised a pensions dashboard by 2019, even though the deadline has been missed, the announced return of the Pensions Schemes Bill is set to deliver on this promise.

You can find out more about private pension contributions here.

First-time buyers to get 30% discounts on new homes?

First-time buyers could benefit from discounts of up to £100,000 when buying their first homes as part of the government’s ‘first homes’ scheme. The scheme could see thousands of new homes sold to local workers and first-time buyers, but it has been met with opposition from some organisations in the housing sector.

Council tax is controlled by local council and already there has been announcements to say that increases are necessary otherwise there will be insufficient funding for services. For information about your area you should contact your local council directly or search online.

Extra funds for the environment

The government has committed to achieving net-zero carbon emissions by 2050 but has yet to announce any spending measures to help them hit the target.

Some policies that were announced in the Tory manifesto that could feature in the Budget include:

The Transport Secretary recently announced that there will be £10m of extra funding for more electric vehicle charge points on residential streets. This could be upwards of 3,500 more charge points across the UK.

The government has been quiet on the issue of student finance, with no focus on it in either the general election campaign, or in the Queen’s speech.

There has been a suggestion of tuition fees being reduced to £7,500, with a longer repayment period of 40 years, rather than 30, but nothing confirmed.

What if I want to sell my business?

The outgoing Chancellor was expected to cut entrepreneur’s relief, but the measure has been criticized for benefitting wealthy business owners. It has also been accused of failing to achieve its stated aim of encouraging business investment.

Entrepreneur’s relief is a tax break that allows a company owner to pay less capital gains tax when they sell their business.

It’ll be interesting to see what the new Chancellor, Rishi Sunak, does with regards to entrepreneur’s relief.

The Budget is the chance for the Chancellor to allocate funding to social care. The last attempt to tackle social care, back in 2017, is thought to have cost the Conservatives their majority at the last election.

The proposed mansion tax, on owners of expensive homes, was vetoed by the Prime Minister after backlash among Conservative MPs. So, we can all rest easily now that item is resolved.

For more information about off-payroll reform and IR35 please visit our Knowledge Centre.

If you would like a quote for your business insurance, please call our friendly award-winning team on 0333 321 1403 today, or click to get a quick online quote in minutes!